My Freedom Has More Cola Fizz Than Yours

The Jaipur litfest’s flowchart of cravenness and commerce 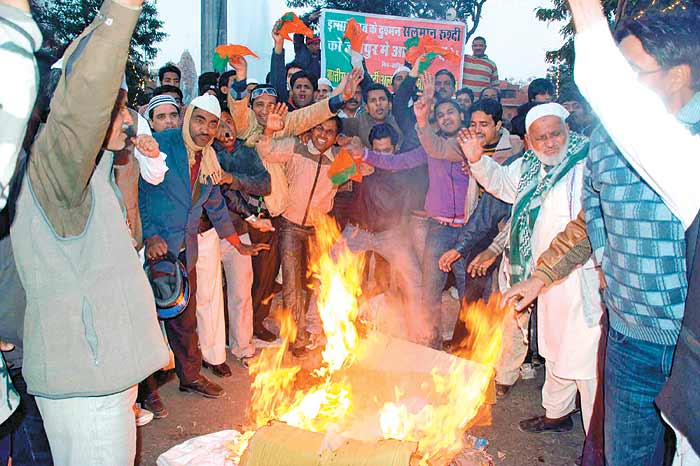 Freedom of expression isn’t there only to be sanctified in name. It must be vigorously defended in practice, especially when under duress. India failed this test when it allowed the threats made by yet another fringe group that has appointed itself guardian of Muslim honour to effectively keep the writer Salman Rushdie away from the DSC Jaipur Literature Festival. The episode is another tawdry sequel to the sorry chain of events set into motion in 1988, when Rajiv Gandhi’s government, deploying its usual cynical electoral calculus, banned the importation of Rushdie’s compelling though uneven work, The Satanic Verses, under the Customs Act. Cheap votebank machinations may again underlie the latest manufactured crisis around a book that most people, including Indian Muslims, have forgotten to be outraged about.

One of the more unseemly aspects of the debacle was watching those who have themselves benefited from the English-speaking public sphere’s infinite tolerance for less than outstanding literary output turn into squeamish apologists for shutting people up. Chetan Bhagat did his usual brisk trade in thought-free cliches, announcing that “writing something that attacks somebody’s god is not the right thing to do”. (Bhagat has not quite done the right thing in ignorantly suggesting that the Prophet is “somebody’s god”.)