That bloke Shakespeare did not play cricket but proved several points... 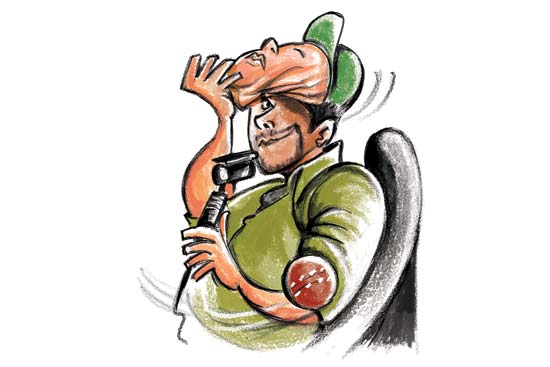 That bloke Shakespeare (or was it that other Marlowe or was it Ben Johnson?) did not play cricket but proved several points. I never read them in school but heard some of my classmates talk about “what’s in a name” and so on. Naturally, the boss blokes at the BBC must have heard of him and others with similar names like, for instance I, Nadeem Alam, and the other one, Nadeem Abbasi. I don’t know how it all happened. I was just a humble galli cricket enthusiast at Huddersfield. For the BBC cricket blokes, the Huddersfield Nadeem was the same as the other one, Nadeem Abbasi, a wicketkeeper batsman who played three Tests for Pakistan in 1989, did some TV work in the 1996 World Cup and appeared often as freelance, a regular on BBC Asian Network and Radio Five.

Well, the BBC blokes must have been confused over the two Nadeems. Resulted in genuine cricket guy Nadeem not getting invitations to appear in cricket discussions and airing ‘expert’ opinions over BBC World News and Asian Network, which were received gratefully by the Huddersfield Nadeem. Readily accepting these invitations, Alam tur­ned Abbasi turned into a BBC expert and even chatted with an Indian former cricket bloke, Akash Chopra. I was better than he, he lisped and I did not. Though the Huddersfield vs Headingley verbal duel went off quite well, the matter reached Abbasi, who was not amused. Indeed, he’s even threatened to punch me in the face, and that too “for damaging the reputation of the country and the BBC”.