So, what exactly happened at the SIT office in Gandhinagar? No, I didn’t go but I did send a lookalike... 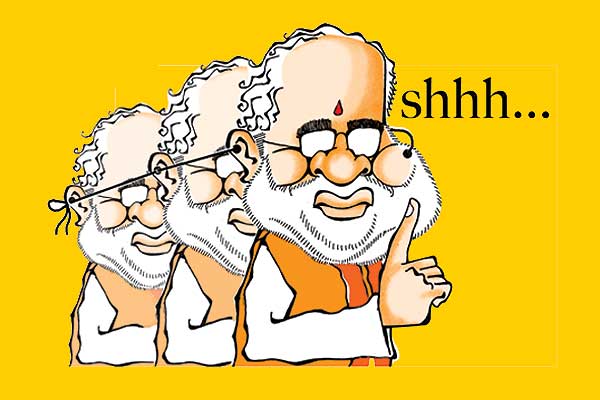 Contrary to popular perception, I did create a flutter among officials of the Special Investigation Team (SIT) probing the Gujarat riot cases. And on the same day, March 21, when I was allegedly summoned for questioning. So, what exactly happened at the SIT office in Gandhinagar? No, I didn’t go but I did send a lookalike—you know one of those party loyalists who can’t let go of the ever popular Modi mask. Anyway, my lookalike (ML) was interrogated for hours before realisation dawned that he was not ‘the Modi’ but merely shared my surname, was from Ellis Bridge and had a penchant for cracking tasteless jokes. But permit me, for sheer entertainment value, to share some excerpts from the questioning (which was secretly taped for me):

SIT: So Mr Modi, what was your role during the riots?