Nationalism, Made In China

For the Prime Minister’s pet project, a record-breaking statue of Sardar Patel, his ‘Make in India’ initiative gets the short shrift 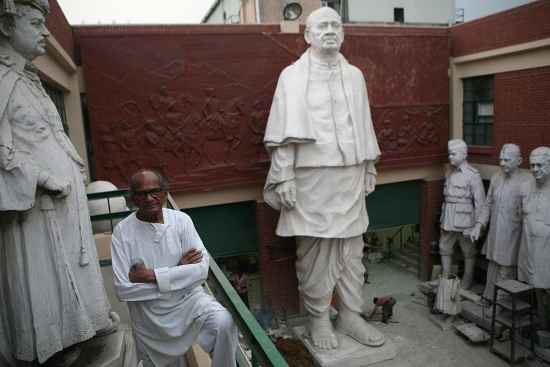 ‘Make in India’, take a break! While Narendra Modi trots around the globe exhorting the suited-booted people of the business world to use India as a manufacturing hub, China still rules—even when it comes to a project close to the prime minister’s heart. The ‘Statue of Unity’, Modi’s 182-metre tall salute to the Iron Man of India, Sardar Vallabhbhai Patel, is being smelted and cast into existence not on the soil that was dear to the Sardar—and is, to Chhote Sardar Modi—but has been outsourced to a foundry 96 hours and 6,132 km to the east of Ahmedabad, in the People’s Republic of China.

It will please the Guinness World Records-fixated prime minister that the ‘World’s Tallest Statue’ that was his dream  is being poured into shape by 700 workers of the “world’s biggest foundry”, the Jiangxi Tongqing Metal Handicrafts Company, at its 51,000 square metre workshop in Nanchang province in eastern China. Multiple sources have confirmed to Outlook that the Chinese foundry has been assigned the job by Larsen & Toubro, the construction giant which won the Rs 2,989-crore bid to design, build and maintain the structure near the Sardar Sarovar dam.

“The Jiangxi Tongqing foundry,” says Huan Chang, the son of the owner, “is not one of the biggest foundries in the world. It is the biggest foundry in the world. In fact, we were chosen (for the Sardar Patel project) after the project people (L&T) spoke to a lot of other foundries and visited different foundry sites. And we do have previous experience of building similar tall structures in the past as well.” The biggest such project the foundry has executed so far is a 153-metre copper tower for the Tianning Temple in Changzhou.