No Woman, No Cry

Male Indian politicians behave like most Indian men—wives and mothers are meant to stay in the background. 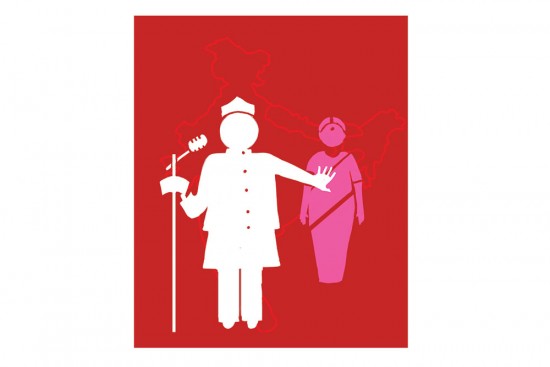 The photographs of Prime Minister Narendra Modi showing his mother around 7 Race Course Road made the front page of every newspaper. The news element was to do with the fact that it was the first time in his two years in office that she had visited his official residence. The bigger news is that Modi’s wife is still to get a guided tour. Yet, no one is all that surprised. Male Indian politicians behave like most Indian men—wives and mothers are meant to stay in the background. That is in stark contrast to Western ­democracies where the partners and families are an essential, if symbolic, ­addendum to politicians’ public image. Barack Obama and Michelle are often seen holding hands in public and the fact that they have two good-looking young daughters projects a positive fam­ily portrait. It matters come election time, which is why every American presidential candidate had his wife by his side, in Donald Trump’s case, his third wife. Europ­ean politicians also believe in the symbolism of projecting a happily married life but if the partner is attractive, like Carla Bruni, marriage is not necessary. Look at Nicholas Sarkozy’s political ambition and trajectory.

In India, it is the opposite. In deference to the male-d­ominated society we live in, wives and mothers are seen as a liability. None of the current male chief ministers are seen with wives by their sides. Among prime ministers, Rajiv Gandhi took Sonia along on his foreign tours but domestically, she was invisible. Manmohan Singh’s wife Gursharan Kaur was always by his side but it seemed as if she was lending him moral support. Laloo Prasad Yadav made his wife chief minister but that was a farce and she clearly preferred the role of housewife. Never has an Indian political couple become popular for the way they behave as a couple. Indian politicians will ardently woo women voters by promising things like prohibition, but a wife by the side is seen as a negative. What that means is that we know very little of our politicians as human beings, as fathers or husbands. Surely that should be a factor in choosing the people we elect to office? That it doesn’t matter to us should be cause for concern.