‘Not Everyone...But The Bad Eggs In The Party Will Be Removed’ 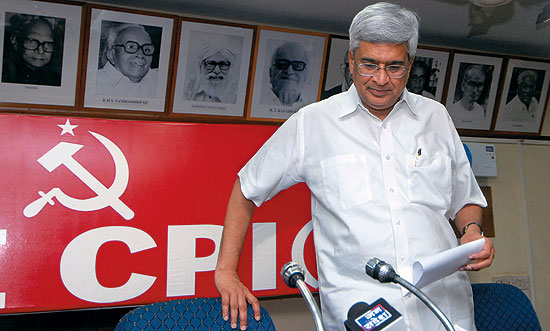 CPI(M) general secretary Prakash Karat is a troubled man. After a disastrous election, the party has been stricken by factionalism in its Kerala unit and cracks in its Bengal citadel. Excerpts from an interview with Smita Gupta:

Kerala CM V.S. Achuthanandan is dropped from the politburo, but no action against scam-accused state secretary Pinarayi Vijayan. It looks as if the CPI(M) ‘benefited’ from the deal.