Not On My Chair 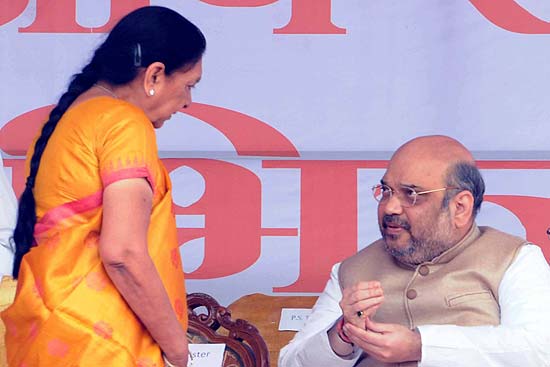 In Ahmedabad these days, not a fortnight passes without beat reporters being warned of an imminent change of guard in Gujarat. The tip-off almost always emanates from a BJP insider. But for the moment, this looks unlikely, especially in a year when Gujarat’s first woman chief minister faces her first test of popularity.

Elections to the key municipal corporations of Ahmedabad, Vadodara, Rajkot, Surat, Jamna­gar and Bhavnagar are due later this year, with elections for panchayats and small urban development bodies following soon after. Keeping this in mind, the Anandiben Patel government is already in poll mode. A reshuffle of the bureaucracy and the police set-up is under way to put  supportive officers in key positions. The state government in January bailed out 97 municipalities which were in no position to even pay their basic water and electricity bills (tota­ling Rs 544.55 crore) with a one-time settlement. Anandi­ben (73) and Shah (50) are two of Prime Minister Narendra Modi’s closest lieutenants. Their loyalty is unquestioned but it’s common knowledge that the two are at loggerheads right down to their last supporter.