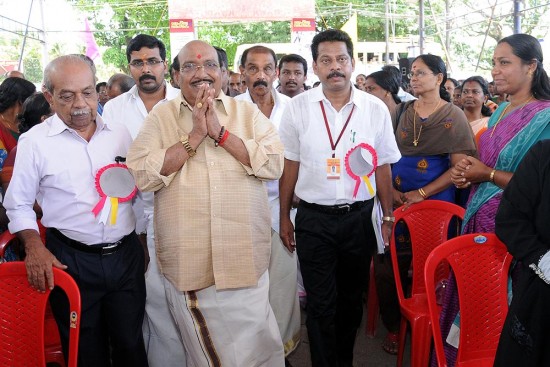 A new renaissance is sweeping through Kerala: people from the Scheduled Castes and Scheduled Tribes are contesting from general (or unreserved) seats in the local body elections. This promises to be a turning point in politics, for in a move that is unique, all political parties—the CPI(M), the Congress and the BJP included—are making the effort to push the idea.

The triggering political compulsion happens to be a threat from Vellapally Natesan, the 78-year-old general secretary of the Sree Narayana Dharma Paripalana Yogam (SNDP). After meeting BJP chief Amit Shah and Prime Minister Narendra Modi, the leader of the large OBC Ezhava community had declared that, with the support of the BJP, a ‘Third Front’ would be launched  on December 5. The provocation? “The number of Ezhava candidates standing for elections has doubled from last time,” says Natesan. “But though the Left Democratic Front (LDF) maintains we are part of the Left, we have never enjoyed any power. Now, all that is going to change.”