NRC And After: The Curtains Rise On A Political Potboiler 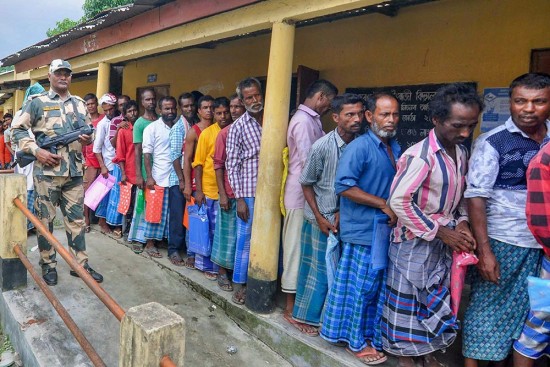 Migration from Bangladesh, illegal or otherwise, has always played a major role in Assam’s politics, making heroes out of former student leaders, dumping veterans to the pages of history and uniting voters against a common enemy. The National Register of Citizens (NRC) may have just turned “illegal Bangladeshis” into a national issue, and handed the ruling BJP a potent weapon for 2019. On Tuesday, barely days after Assam made public the final draft of the NRC, BJP president Amit Shah threw the gauntlet at the opposition. “It (NRC) will be implemented to the last full stop and comma,” he told reporters, linking it to national security and Indians’ rights. He was particularly harsh on the Congress and West Bengal chief minister Mamata Banerjee, terming their concerns over the NRC as politics of “votebank”.

The final draft, an updated version of the document first published in 1951, has left out 40 lakh names out of 3.29 crore applicants, raising allegations of a witch-hunt against Muslims and Bengalis. The furore over the NRC even forced Union home minister Rajnath Singh to issue a clarification in Parliament, assuring a fair mechanism for redressing claims and objections.