Objects In The Mirror Are Closer

Neither an ‘official’ history nor a party perspective. Just a hard lens on her rule. 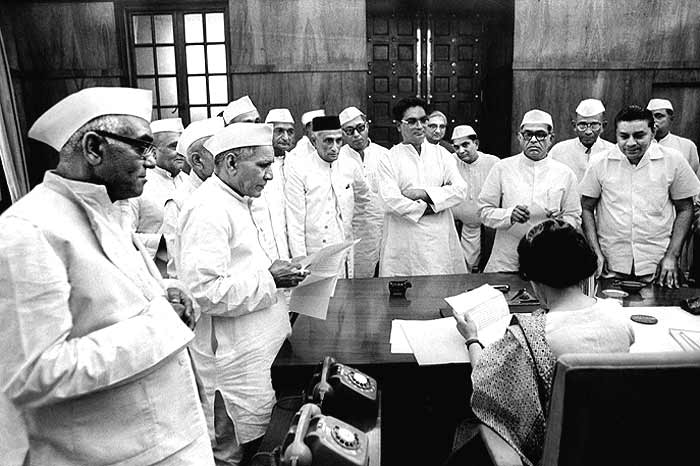 Five months after imposing the Emergency, Indira Gandhi did a strange thing: she summoned her trusted aide, B.N. Pande, to commission a history of the Indian National Congress from its inception to her own times. What was odd was not Mrs G’s natural anxiety to ensure her place in history, but that she, famous for her intolerance of criticism, insisted it should be no puff job by a party hack. She wanted “an objective and scholarly” history of the party by the country’s leading experts. Neither Indira nor Rajiv Gandhi, who inherited the ambitious history project after her assassination, spared funds and resources to complete the five volumes in time for the Congress centenary in 1985. But it took 36 years before her party finally mustered the courage to finish what she had begun: get the experts to give their verdict on her.

And the verdict is just out—in the party-sponsored A Centenary History of the Indian National Congress, Volume V: 1964-1984, which hit the bookshops last week. Few of the 18 experts commissioned by the party’s editorial board, headed by its seniormost leader, Pranab Mukherjee, have spared the Congress’s leading icon. And it’s not just the three cataclysmic events—the Emergency, Operation Blue Star and the anti-Sikh riots that followed her assassination—that the academicians and veteran journalists focus on.