Home National
pm vs the party

Of A Science Called Manmohanology

Manmohan is stamping his own imprint on policy, but that’s putting him at odds with the party 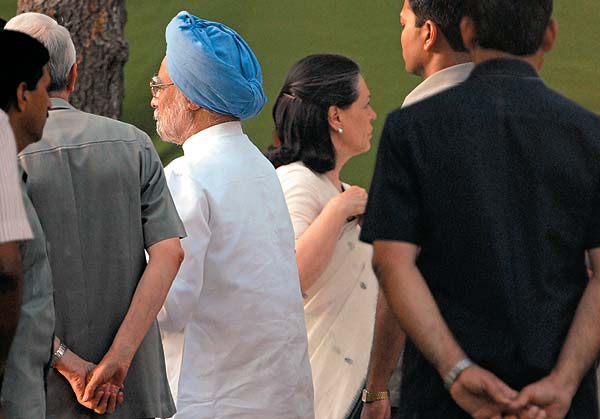 In his first term as prime minister, Manmohan Singh carried the burden of being the country’s “nominated” chief executive, with the Sonia Gandhi-led National Advisory Council (NAC) almost laying down the government’s agenda for the social sector: at least for the first three years. Alongside, he had to deal with an ideologically incompatible ally in the Left (till he was rid of them in his fourth year) and often intransigent cabinet colleagues, led by former HRD minister Arjun Singh.

But when the UPA returned with an increased majority in 2009, Manmohan’s grip on the reins—his unblinking helmsmanship of the nuclear deal, his steering of the recession-time economy—too was cited to explain why the coalition was back on Raisina Hill. He was seen as a factor, at least as much as the party-led welfarism. The Manmohan Singh of UPA-II is accordingly much more his own man. The Left is not breathing down his neck. Sonia, in the last nine-odd months, has largely left him to his own devices. She may have written a couple of letters to him—one on food security, another on the price rise—but there is no NAC yet (the government note on it, sources say, is ready for the PM’s signature though). Plus, despite a few looming profiles, there is no real challenge to the PM from any of his cabinet colleagues. As for Rahul Gandhi, heir apparent, he is far too busy with his Grand Tour of the country to be an irritant. In any case, with Rahul’s politics still in evolution, the PM is perhaps not as sharply contrasted ideologically to him as to his mother.