Of A Stern Make-Up

She eked a space for women in a filmi male bastion 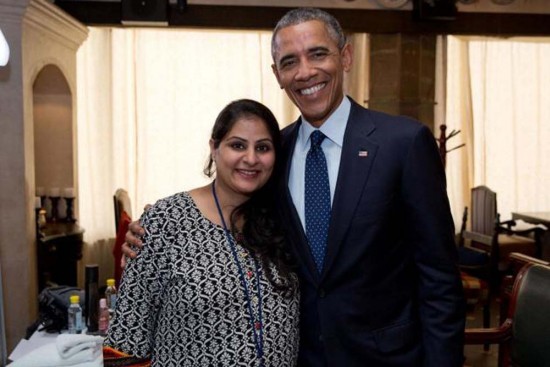 Had it not been for 33-year-old make-up artiste Charu Khurana, a long-standing prejudice against women in the Indian film industry would neither have come under public glare nor been done away with. It’s an industry even otherwise notorious for being male-dominated. What’s more, since 1955, when the Mumbai-based Cine Costume, Make-up Artist and Hairdressers’ Association (CCMAA) was set up, the union has been following an antediluvian law barring women from membership as make-up artistes and, in turn, forcing them to work unofficially in films. It prompted many of them to skirt around the gender barrier and work on the sly, either using their hairdresser cards or by having male make-up assistants as a front. It also meant having to give up on their legitimate credit in a film. Charu, who has films like Mani Ratnam’s Raavan and Shoojit Sircar’s Yahaan behind her, had to bear the brunt of the bias while working on Unnaipol Oruvan, the Tamil version of the Hindi hit A Wednesday.

A raid on the sets forced Charu to quit the film and pay up a fine of Rs 25,000. Even the intervention of lead actor Kamalahaasan didn’t help. It was in the face of such strongarm tactics that she decided that there was no way out but to take serious action. Accordingly, she  moved the National Commission for Women and the Supreme Court against this brazen male monopoly. The Lajpat Nagar girl, who trained under well-known Delhi make-up artiste Vidya Tikari and then went on to do a course in cinema make-up and prosthetics in Los Angeles, also came into the limelight for working with US President Barack Obama for a TV shoot in Delhi. She had earlier practised her skills on Prime Minister Narendra Modi and cricketer Virat Kohli. Yet the association did not deem it fit to recognise her skills. Finally, it was in April this year, after a six-year-long legal battle, that Charu was able to go where no woman had been able to go before—she got inducted into the CCMAA as a make-up artiste. The Supreme Court had in fact had to step in twice—in November when it struck down the union’s membership rule as unconstitutional, and in April, when it pulled up the union for stalling SC orders. Having won one battle, Charu is not done yet. Next she intends to take on other strange union rules like the one which forbids a make-up artiste from doing exclusive work for an actor until after three years of membership.