Old Man Of The South

A problem solver. Karunanidhi scripts himself a grand role. 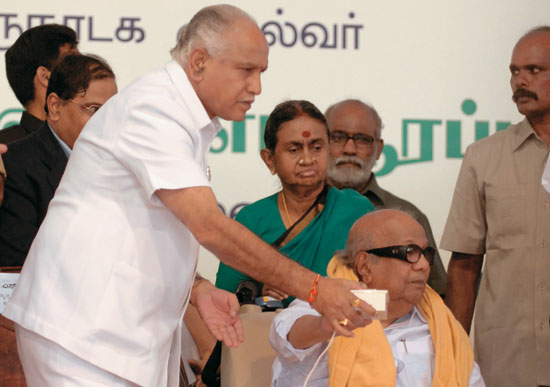 Is M. Karunanidhi getting an image makeover, taking on the role of a statesman armed with a licence to settle all festering issues so that everyone can live happily ever after? After his recent attempts at bhai-bhaiism—the statue diplomacy with Karnataka chief minister B.S. Yediyurappa, his invitation to Andhra Pradesh chief minister Y.S. Rajasekhara Reddy for the Annadurai birth centenary celebrations, scheduled for September 15—that’s the buzz in Chennai. What next? Will he now invite Kerala chief minister V.S. Achuthanandan for talks over black coffee on the Mullaperiyar dam?