On His Lighted Way 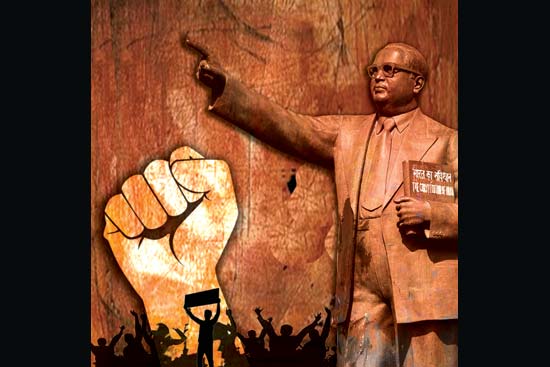 At 125, Bhimrao Ramji Ambedkar enters the domain of immortality. He has more statues than all our leaders put together— candles are lit, he’s revered, he’s garlanded, consecrated on every occasion, whether it be a protest or a celebration. Since his mahaparinirvan as a Bodhisattva in 1956, Ambedkar’s memory and ideology has been kept alive by his followers. He’s become the single-most rallying point for every instance that seeks social justice. Indeed, the turn of the century along with his centenary celebrations in 1991 has reinforced the Dalit consolidation behind Ambedkar.

The Dalits have now sufficiently driven a point that, core to the emancipatory future of millions in India (irrespective of caste), is the reinforcing of his legacy in constitutional democr­acy; a rights-based constitutional fra­­me­­w­ork and the cultural nationalism of his Buddhism and Ambedkarite politics. This probably will be the driving force, not only for Dalits but for all citizen-centric rights-based movements in India.