Why is it that Ambedkar and his work does not get the rightful amount of space in textbooks? 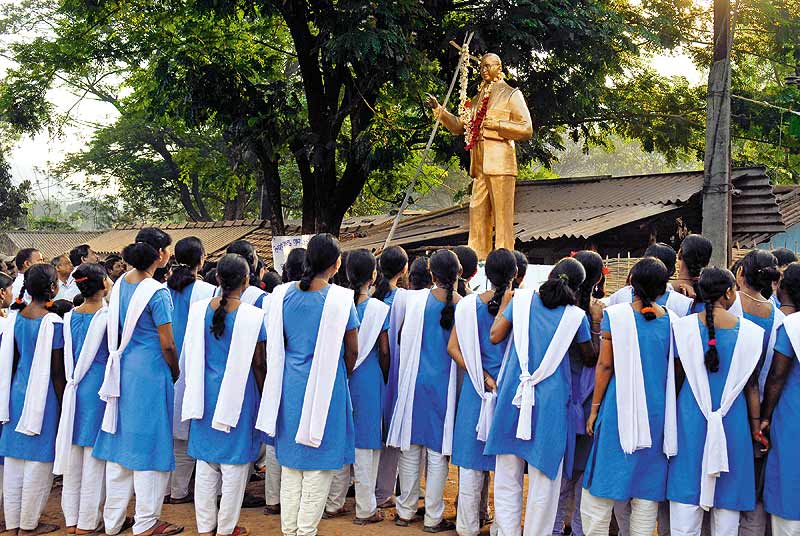 The professor may not have been alone in wondering as a child why Ambedkar was seldom described as anything more than the leader of the depressed castes. But teachers, most of them drawn from the forward castes, would possibly have given the matter hardly any thought. When the recent cartoon controversy broke out, Dalits said they could not but read it against the long history of exclusion—from textbooks—of one of the greatest leaders of India. It’s a dilemma they have always been aware of: while Ambedkar is seen as the tallest national leader from among the depressed castes, his representation in pedagogy has always been parenthetical, as a leader of a subset, not of the whole, as if his intellectual heft and his grand achievement—making equality and justice the cornerstones of a fledgling nation—were not enough to earn him a place in the national pantheon.

Think back to your schooldays, when students readily digested the life and times of Mahatma Gandhi and Jawaharlal Nehru in text and poem, skit and song. Ambedkar would appear but briefly, if at all. Annual days would see someone or the other dress up as a Gandhi or a Nehru. Few would remember someone dressing up as Ambedkar, suited, bespectacled, a copy of the Constitution in hand.