Nobody else has a narrative for India that India believes in 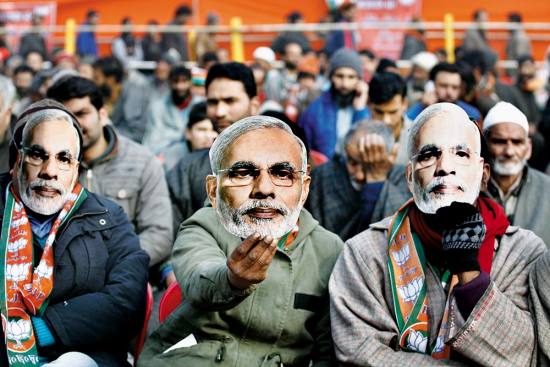 Narendra Modi will win the 2019 general elections because he has a narrative for India. In the past five years, he has not only convincingly articulated that narrative, but also actualised it to a great extent. His narrative has caught the imagination of marginalised India as well as young India. They have realised that he seeks to transform India, hitherto ruled through a consensus of the privileged, into an India in which the marginalised are empowered, the excluded see avenues of inclusion open up, responsiveness to tradition and to faith is not looked down upon, and the scope of mobility through power is not limited to or controlled by a few.

Modi has been able to convey to the subaltern psyche that he is determined to transform India, and has expressed that determination through an unrelenting schedule, which has seen him generate and execute ideas. He has succeeded in widening and expanding his support base, and in broadcasting the fundamentals of his vision of governance. He will win because he has succeeded in altering lives at the grassroots and qualitatively ameliorating the conditions of living.