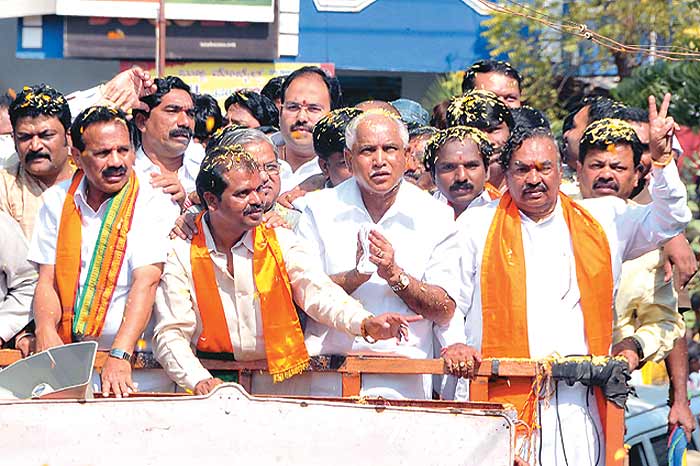 Bellary and the Reddy brothers have never been out of the news since the BJP came to power in May ’08 in Karnataka. They were a big reason for the BJP coming to power; they were the reason for its periodic instability; and now, the question being asked is, will the final dismantling of the saffron government, the implosion of the party in the state, begin with the Bellary Rural bypoll? B. Sriramulu, a Reddy confidant, is contesting the seat as an independent candidate. The bypoll was necessitated by his resignation as a BJP legislator after Gali Janardhana Reddy was imprisoned and the Lokayukta mining report felled the B.S. Yediyurappa government. Sriramulu, a former health minister, was, like the Reddys, left out of the new BJP government, when D.V. Sadananda Gowda took over.