Some connections are much closer than others. This is one such. 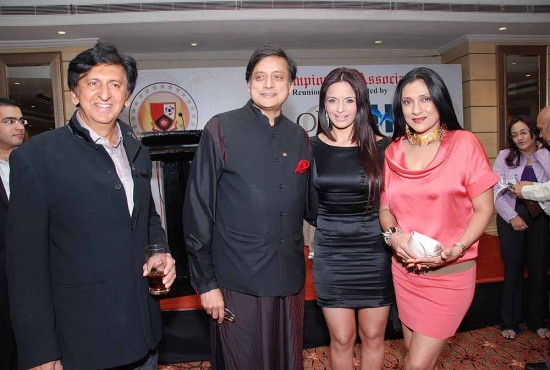 The Information Age is essentially an era driven by networks. In the physical realm, it began of course with the laying of railways lines on land and telegraph cables both overland and under the sea in the 19th century. Then, with the coming of electricity, radio, flight, rocketry and finally computers, the 20th century saw the complete saturation of our planet and its surrounding space by networks of unimaginable sophistication and complexity. It never ceases to amaze me that today one is able to stand or sail in the most remote corners of the world and hold in one’s hand a device capable of acquiring information from anywhere on the planet and giving access to nearly the entire sum of accumulated human knowledge. If he were around, William Blake would have managed a wry smile to see us hold infinity in our palm in this fashion. Such is the power and all-pervasiveness of networks in our times.  However, to har­ness the full potential of physical and electronic networks and convert the information into pra­ct­­i­cal wisdom and wealth requires one more crucial ingredient. That crucial capability is provided by human networks.

Today, the creation of wealth and knowledge, the basis of the enduring strength of nations and civilisations in our time, is essentially a collaborative activity. The solitary genius in the mould of a Newton or an Einstein is more or less extinct. The sheer breadth and complexity of our systems across the entire spectrum of human activity require the creation and sustenance of both formal and informal networks of authority and influence. Whether it is government or business, academics or professionals, whether it is the world of sports or the creative arts, networks have become  extremely important, to serve as repositories of accumulated wisdom and as crucibles of opportunity.