Long the villain of the piece, Pakistan becomes another character in Bo llywood with Bajrangi 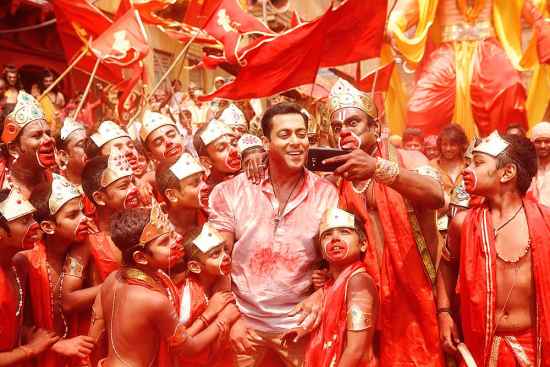 “It’s that time of the year when India wants to know what Pakistanis make of what Hindi cinema is talking about when it talks about Pakistanis.” It’s with this good-natured, long-winded sarcasm that a Pakistani friend in Delhi introduces me to the viewers of Bajrangi Bhaijaan across the border. As for her own response to the film, Aneela Zeb Babar tells me that she cried. “Then I felt embarrassed. And then cried some more.” Similar conversations on social media confirm that BB (a simply told story about Indian-Hindu Pavan Kumar Chatur­vedi taking Pakistani-Muslim Shahida back to her home in Pakistani Kashmir) has effortlessly pushed the right emotional buttons, set tears flowing and won over many hearts in Pakistan. “People clapped, cheered and whistled at the high points,” recalls Khizra Munir, a Karachi-based creative consultant. “Everyone was so invested.” The film for her was a total “paisa vasool, seeti lazmi (money well-spent, whistle mandatory)” affair.

Id-ul-Fitr this year has marked a good run for films in Pakistan. According to Pak­istani daily The Express Tribune, of the two new Pakistani releases, Wrong No. amassed Rs 25 million, and Bin Roye notched Rs 20 million in the three days of Id holidays. But Id-eve release Bhaijaan walked away the richest, a neat Rs 45 million in its kitty.