This dark atmospheric text about Francis Newton Xavier, poet and painter, bristles with the nature of the two arts, solitude and hangers-on 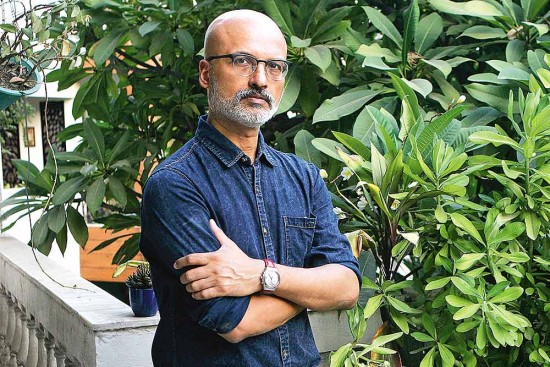 Dom Moraes. Francis Newton Souza. A painter and a poet brought together in a cross pollination of occupations, both linked by lines and names distorted or undistorted as the case may be. In a sputter of interviews, to begin with, by Dismus Bambai, who, of course, lives in Mumbai. There is a priest from the school shaking his head over toilet distortions, in brilliant schoolboy lines, when Francis Newton, or rather New, expressed himself and signed it X. There is a jump cut forward to a woman called Miss Henry, who modelled nude and who seems to have been borrowed from Miss Henrietta, the one Dom Moraes abandoned on the pretext of buying cigarettes and never saw again. There is a mad mother who was dri­ven to chase FN around the kitchen table with a knife because of the nude painting he made of her. The daughter who talks about life with her father in Delhi during the Emergency when he painted Indira Gandhi as two eyes in a black dot.

Skip to the way Dismas got his interview with New, who is living in New York, accompanied by artist girlfriend Goody Lol—shades again of another living person, Souza’s artist girlfriend or muse whose surname was Lal and who was learning to copy his work against a time when he would no longer be able to paint. The result is a tangle of canvases, a room called Disorder Central and a panjandrum of paradoxes, forget the collective noun nonsense, but that is the way Thayil tinkers with words and sometimes with worlds. Dismas’s world is more or less straight, but stuffed with the odds and ends of experience that Thayil gleaned during his stint in New York—the immigrant colony and the Indian diaspora dotting Jackson aka Jaikisen Heights. Unsurprisingly, Fra­n­cis Newton Xavier is elusive and sparing with his interviews—but he can be summoned in a crisis, like getting someone out of jail after a heroin bust. Dismas finds out more about the pain­ter-poet or blocked poet than he wants to during his stint with the Times of Bharat with Mrs Merchant—by now the reader has got to the point of wondering who everyone is, so hello, she sounds familiar.