At times, you wish it could hurry up and come to the point quickly but in the end it all adds up well. 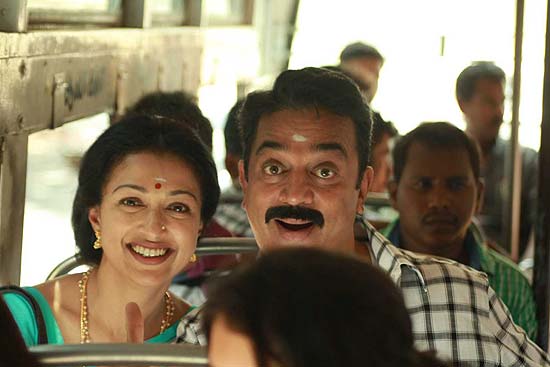 Papanasam takes its own sweet time in taking off. Almost the entire first half goes in setting up the character of Suyambulingam, a fourth-grade dropout, film fanatic and local cable operator who has risen up the ladder, from washing dishes to running his own small business. For Suyambu, his wife and two daughters are the world. They live in Papanasam (literally meaning ‘the place to wash off your sins’) in Tirunelveli district, a place where nothing much happens other than people gathering at the tea shop over vadai and kaapi or facing petty harassment at the hands of the cops. The big enterprise is the impending construction of a police station.