A random sample of letters in global media 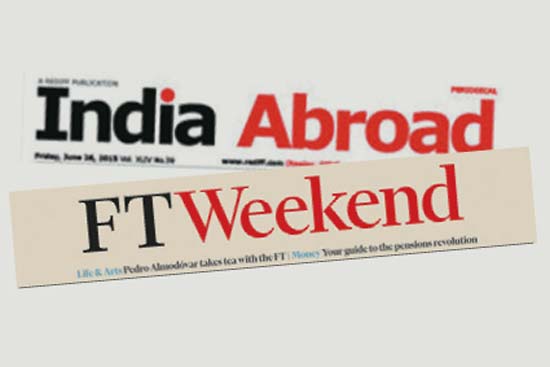 Vamsee Juluri, author of Rearming Hinduism, is sugarcoating the realities of Hinduism instead of addressing its problems. Any book based on the phobias of others can only be the result of the author’s paranoid perceptions. Narratives like Juluri’s target the Western media as being conspiratorial in nature. Indian history as available today is based entirely on the accounts given by foreigners because few were written by Indians themselves. Juluri is essentially covering up the problems in Hinduism by accu­sing Westerns for exposing them. When religions are fast losing credibility, Juluri is pushing for superiority of Hinduism over all others when the need of the hour is universal brotherhood.