Had no one paid attention, the leak would have gone unnoticed 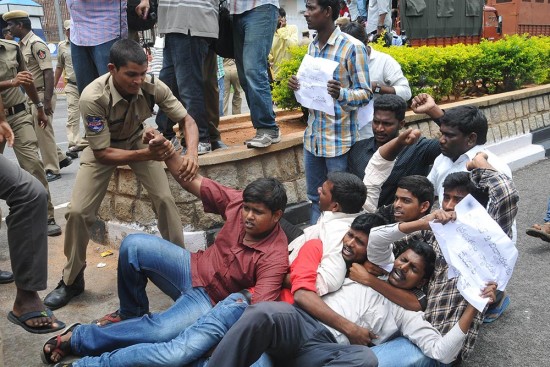 Like many other parents, a civil engineer from Warangal, Ravi Gundaboina, took leave earl­ier this year from his employers in Qatar and Oman to help his daughter prepare for the state-level EAMCET (Engineering and Medical Common Entrance Test) held on July 9.

With parents determined to see their children through medical and engineering tests, this was hardly unusual. But once the results were declared, just four days later on July 13, he found that three of the 19 students who had taken admission on June 1 in NR’s Brilliant Academy at Vijayawada, and who had gone missing a week before the test, had secured ranks highly inconsistent with their int­ernal scores and earlier attempts.