India’s noted Persian scholar speaks of the intense love and passion the Mughals nurtured for India and the cooperation they lent Hindu scholars. 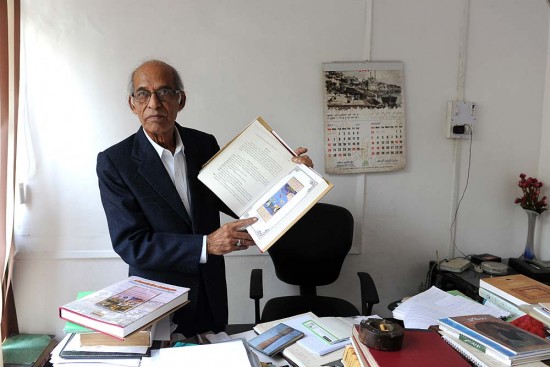 With the current con­troversy over German being dropped in fav­our of Sanskrit in Kendriya Vidyalayas, India’s noted Persian scholar Professor Sharif Husain Qasmi laments successive governments abandoning attempts to integrate langu­ages, encourage translations and build a better understanding between civilisati­ons, cultures and religions. He was equally perturbed when the UPSC dropped Persian and Arabic from the civil services examination last year. How can English, barely two-and-a-half centuries old in the country, be promoted and not Persian and Arabic which flourished for over eight centuries, scholars like him asked.

Prof Qasmi, 72, has painstakingly compiled a list of 2,517 Persian manuscripts, all translations of Sanskrit works ranging from the Mahabharata and Ramayana to the Upanishads and Panchatantra in his ‘Descriptive Catalogue of Persian Trans­lation of Indian Works’. He speaks of the intense love and passion the Mughals nurtured for India and the cooperation they lent Hindu scholars. In the same breath, he grieves the misconceptions followers of these two religions have, which is being cashed upon to incite communal violence for narrow political gains. He spoke to Pavithra S. Rangan. Excerpts: