This jingoistic revenge fantasy underlines that the enemy does lie across the border. 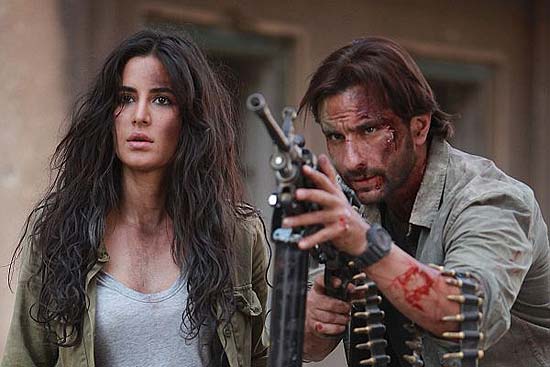 Kabir Khan could well be one of the most consistent directors in Bollywood. He unfailingly bases his films on contentious global, nay subcontinental, issues, however simplistic his interpretations. Kabul Express was a road movie taking us on a ride through Taliban-hit Afghanistan without a sharp political punch. New York looked at the warped side of American politics and mispercep­ti­ons about Islam after 9/11 but ended up not taking a clear stand. Ek Tha Tiger offered a fan­t­astic Indo-Pak peace ini­tiative of sorts through a far-fetched love story of two spies. In Bajrangi Bhaijaan, Kabir managed to press all the right buttons despite being on an out-and-out mainstream masala mode. With Phantom, Kabir treads the same zone. The secret, unofficial mission to wipe out people responsible for 26/11 even plants viewers in civil war-torn Syria, with the hero and heroine inevitably caught in the cross-fire.