The freebie culture dips, the DMK backs itself, as the PWF, PMK hope and wait 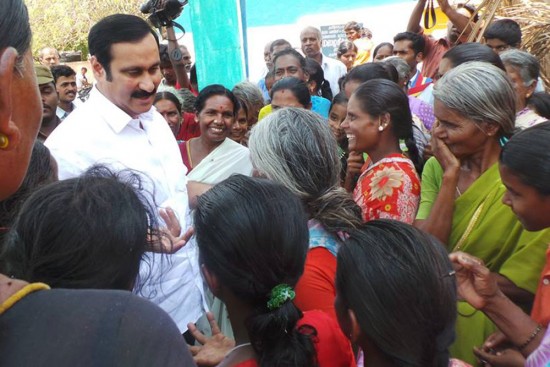 Dusk is setting in a village on the outskirts of Salem when a section of the busy highway leading into the city comes to life. Bright tubelights light up fluttering party flags. The highway connects three of Tamil Nadu’s top six urban agglomerations in an arc. Two middle-aged men are waiting for M.K. Stalin, the DMK’s heir-apparent, to pass by on a canvassing tour. One of them, a DMK supporter, thinks that party ought to come to power because Jayalalitha has had her five years in office. However, he adds, with a shrug and a laugh, “There’s no difference between them really.”

Casual cynicism of that sort is inescapable in a state where the DMK and AIADMK have ruled by turns for the past 25 years. It’s much the same in this northern region, which is gearing up for a close fight between the big two, with Anbumani Ramadoss’s Pattali Makkal Katchi too holding considerable sway, especially in places like Dharmapuri.