It’s about the chaos of relationships, yet about unruffled continuities. 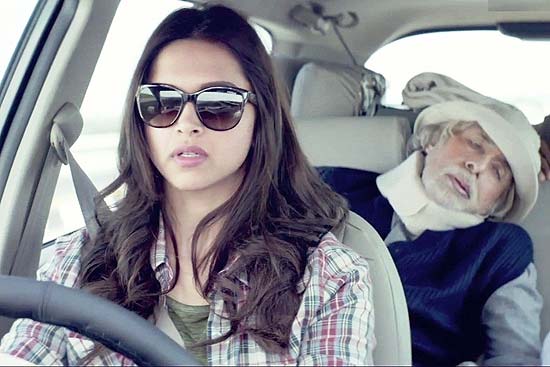 So what’s the story? Actually, nothing. Piku is about an eccentric, hypochondriac, potty-obsessed Bengali called Bhashkor (Amitabh) and his quiet but cussed daughter Piku (Deepika) who go on a road trip from Delhi to Calcutta with an utterly bewildered yet straight-faced driver (nay, cab owner) Rana (Irrfan) for company. Piku goes into an atypical zone for a Hindi mainstream film. It breaks the plot-driven, high on drama rule and yet manages to forge a big connect with the audience. So what gives? The scatological hum­our? More than that. The slice-of-life film has characters, relationships and interactions that feel real and evoke empathy in viewers—be they aging parents or their caregivers.