A country that fumes when Donald Trump calls it filthy (he meant the air), but where most people feel no compunction about throwing garbage on public roads 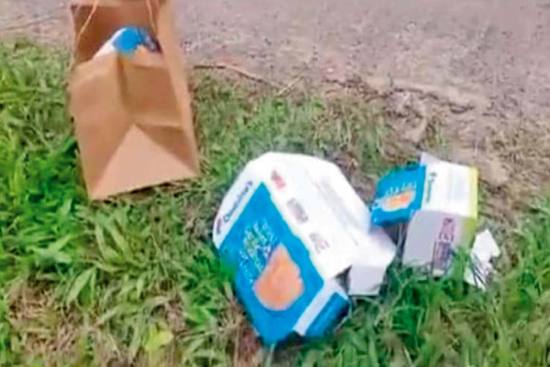 This could easily be the pick of the litter in India lately—a country that fumes when Donald Trump calls it filthy (he meant the air), but where most people feel no compunction about throwing garbage on public roads. Still, there’s some good news in the trash. A tourism association chief, police and social media taught two travelers passing through the picturesque hills of Coorg a lesson after they threw from their car empty pizza boxes on the highway.

It so happened that Madetira Thimmaiah, general secretary of Kodagu Tourism Association, spotted the boxes by the roadside in an area where he and members of the Kadagadalu gram panchayat conducted a clean-up drive days before. “I opened the packet and found a bill which had a person’s phone number. I rang him up and requested him to return and pick up the trash,” he said. But the person refused, saying he had crossed Coorg already. The number was then shared with police and put on social media. After receiving nth  number of calls, the duo drove 80km back to Madikeri, Coorg, and picked up the boxes.