Play With The Khwaja

Humayun’s Tomb and Nizamuddin’s monuments are getting a shine. So are lives enmeshed in them. 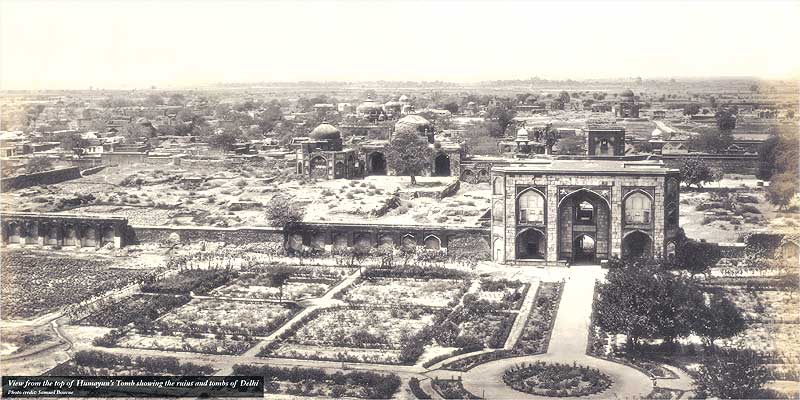 It’s a piece of detail only a loving eye would notice: the six-metre-long gold-plated finial rising from the marble dome of Humayun’s Tomb in Delhi shines brighter these days. Fortunately, this 16th-century monument, a UNESCO World Heritage site, attracts many loving eyes, and in the past two years, they’ve seen it blossom under the attention of squads of technicians, workmen and craftsmen. These drones have removed the dead weight of one million kilos of concrete from the mausoleum’s roof, mounted scaffolding to repair its splendid double dome and lifted giant quartzite stones to restore its imposing plinth.

Not far away, in Nizamuddin Basti, a boxy, four-storey municipal primary school, set not in pretty gardens but arid urban squalor, has been undergoing its own transformation: dilapidated toilet blocks have been replaced, collapsing water, sewage and electrical infrastructure overhauled. Bright furniture and computers have arrived in classrooms, there is a riot of colours on the walls—from paintings by Madhubani artists to art work by students, who include children of local ragpickers. Outsiders show up all the time, to train teachers and provide learning support to students. Principal Syed Ali Akhtar, pointing out sights with the aplomb of a tour guide, says triumphantly, “Our window panes are of no use now to all those stone-throwers below—look, unbreakable plastic!”