A move to give Haryana an SGPC raises ire 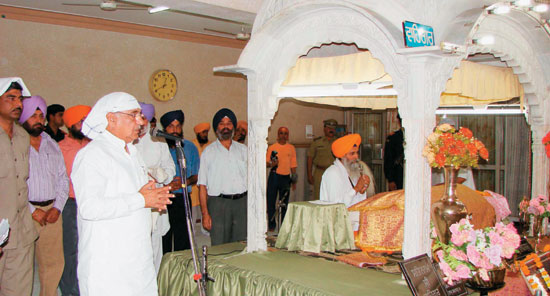 Pulling Out All Sops

To gain control over Sikh gurudwaras and similar institutions is a desire Congress CMs of both Punjab and Haryana have rarely been able to resist. The advantages being purely political, such moves have always generated opposition and accusations of undue interference in Sikh religious affairs. So when Haryana CM Bhupinder Singh Hooda announced that the state’s 15 lakh Sikhs will, on November 1, Haryana Day, get their own Shiromani Gurudwara Prabandhak Committee (SGPC) to manage the 72-odd gurudwaras and Sikh institutions in the state, a political ruckus erupted in both states.