The English abolished the Peshwai in 1818. Baji Rao II went down in a blaze of futile fury, court intrigue and dangerous folly. 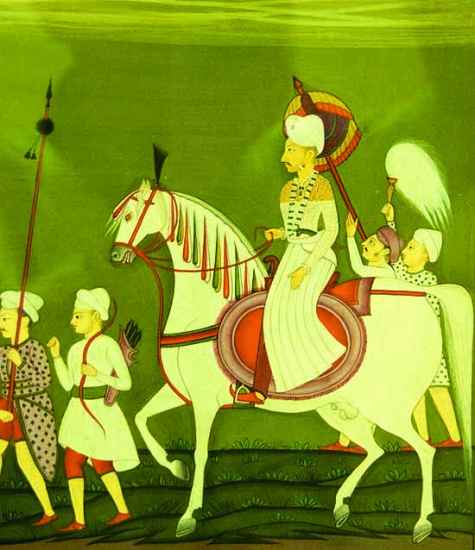 In the last few decades of the eighteenth century, Britain lost an empire in North America but compensated for that loss by gaining one in India. Between 1757 and 1799, sepoy battalions of the East India Company led by young British officers conqu­e­red Bengal and Mysore. By the time Tipu Sultan was cornered and killed in Seringapatam, expanding British power in east and south India had hemmed in the so-called Maratha Confederacy spread over central and western India. This disunited confederacy crumbled after the First Anglo-Maratha War (1775-82) despite the efforts made to save it by the wily Nana Fadnavis in his last years. Soon after conquering Mysore, the British defeated a coalition of some Maratha sardars in the Second Anglo-Maratha War (1803-05). This hard-fought war destroyed Shinde power in north and central India, converted Gwalior into a subsidiary of the British and gave the English commanders complete control over the military labour market in north India. The credit-worthiness of the East India Company in India and its ability to raise a large number of regularly paid and well-trained sepoy battalions guaranteed its success against the regional polities which had emerged in South Asia following the disintegration of the Mughal empire in the 18th century.

Although Maratha power came to an inglorious end in 1805, the final act in which the office of the Peshwa was abolished unfolded in 1817-18 when the craven Baji Rao II declared war on the British in the vain hope of re-establishing the Peshwai in Maharashtra. In this move against the rising tide of history he was supported by some of his Brahmin followers, who feared that the demise of the Peshwai would end their domination of Maharash­trian society. At the time, the recalcitrant Bhonsale sardar of central India also fought the British with the help of a large force of Pindaris, rendered unemployed and disgruntled after the Maratha defeat of 1805. The abolition of the Peshwai and the annexation of the Peshwa territories by the British were the most important events of 1818. The following paragraphs highlight the long-term significance of these events and narrate why and how they were caused.