For most Americans, the FBI is a national institution. It can do anything and get away with it. 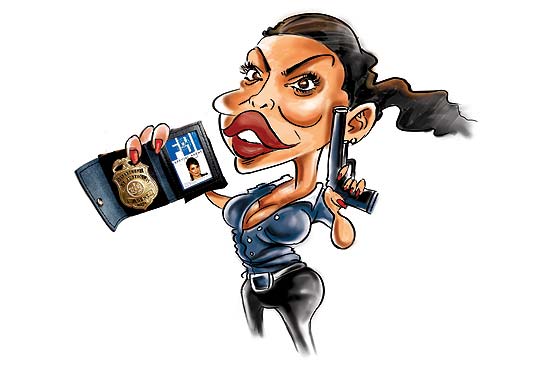 At my Jalandhar home while growing up, the pet lambs bleated off and on. The ‘silence of the lambs’ would often worry me. I often asked the local cop why this happened. “Amrika mein bhi aise hota hai” was his not-too-satisfactory reply. Coming from an army background family we had to shift often—new places, new schools, new friends. Sometimes I was slow in making friends and spent my time reading all sorts of fiction. No, my girlhood heroes and heroines were not from the comics. Believe it or not, my greatest hero was the former FBI director, the man called the most powerful man in the US, J. Edgar  Hoover. What a handsome face—pudgy, pig-eyes, jowls and the big paunch—he fascinated me. Dear Edgar though was a confirmed gay (and I knew it even back then), he packed the Bureau with gays (while pretending to be anti-gay!) who were heroes in shootouts with the underworld, Commies and liberal stinkos. My G-Man god took on big-time bank robbers like John Dillinger, Commie spies like the Rosenberg couple who sold nuclear secrets to the USSR, spied on the ‘immoral’ activities of ‘liberal’ president John F. Kennedy who liberally had his way with every skirt in the White House and selected beauties from Hollywood like Marilyn Monroe and Angie Dickinson with brother Bobby faithfully holding on to the camera. I read how the FBI poisoned away the Monroe menace but to my eternal regret failed to get rid of the bearded Cuban Commie, Fidel Castro.

For most Americans, the FBI is a national institution. It can do anything and get away with it. But the FBI is now seriously challenged by the local police force in the southern states where killing of innocent Blacks is no longer a crime. It is welcomed by the Whites. Gee, I used to think that Modi was bad while ruling Gujarat but now the FBI has gone beyond all that. It thinks most Americans are serious killing psychopaths and the only way to get rid of them is to shoot them down. I saw Silence of the Lambs 21 times, copied Jodie Foster as Agent Starling faithfully till I realised she was too small and thin to deal with serial killers. I could do a better job having killed seven husbands in one Bollywood film here.