LPs slumber on in memories and attics. That is until now, when a generation bred on sparkling digital clarity has discovered vinyl’s unmatched depth of sound. India is part of an exhilarating global comeback of analogue music. 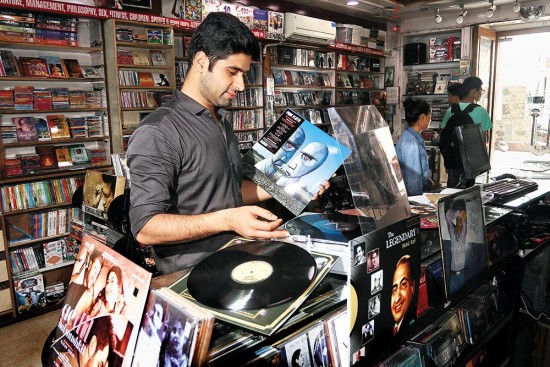 Of all comebacks, none is as son­orous as this. Veteran ‘vinylhead’ Jaydeep Joy aka Jazzy Joe, hums a happy tune as his fingers flip through the scores of rec­ords lining the racks at Radio and Gramophone House, New Delhi. And one can imagine long-haired youths from long back dancing to the tune of Aao Twist Kare, as he lays the newly pressed record of Bhoot Bangla on the turntable, placing the needle gently into the groove. Jaydeep is not alone in being ent­hralled by the scratchy perfection of Long Playing or LP records. After market forces pandering to players ever more portable banished them for a generation, LPs—through which recorded music has been heard for most of its history of over a century—are slowly wre­sting back control. Leading the pack now are the new listeners, youngsters who are developing an ear for the warm, full-bodied sound of a gramophone record. And old connoisseurs are only too ­happy with this turn of the table.

According to Nielsen Music’s 2016 ‘US Year-End Music Report’, vinyl record sales reached an all-time high of 13 million units—an over 50 per cent rise from the year before. This is a 25-year high, since 1991, when Simply Red’s Star was the highest selling album. And here’s something more to listen to—2016 was also the first year that spending on vinyl rec­ords outstripped the amount spent on digital downloads. That alone must have sent studioheads into a spin, for, to keep up with the surge in demand, Sony has restarted production of vinyls after a 28-year break. If the passing away of music legends like Leonard Cohen, David Bowie, Prince, George Michael and Glen Frey last year gave a huge, nostalgic fillip to sales, the UK music body BPI shows that this is the ninth consecutive year that vinyl sales have grown, thanks to the growing awareness through events like Record Store Day and just an increase in shops selling records.