Home Sports
The Secret Diary of

Of course, it is possible to win a game armed with nonchalance. But you have to be aggressive. 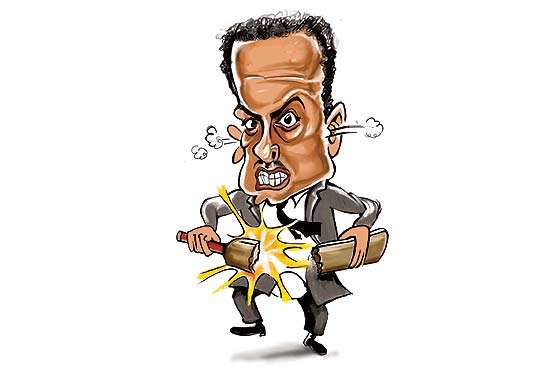 I am not bothered with anything. TWhen the breakfast Spanish omelet tasted like the one at Bhendi Bazar; I threw it against the wall. he waiter brought me a fresh, fierce-looking one, humming a suitably aggro tune. Well, the MD of the Indian team had to be aggressive. On the morning of the Sydney Test, Murali Vijay in the slips dro­pped a simple catch. He was not bothered. I had told the team that I am not bothered about the scorecard, but do be aggressive. Murali dropped a sitter, picked the ball up, spat on the turf and did a war dance. The Aussies were stunned; I applauded. It was the ‘aggro’ I demanded.

But how the spirit has caught on! This morning I used so much of it while writing the secret diary that the pen broke, the sheet was torn. When I told this to Virat, he applauded. You see, Virat is aggro personified. We are now down 0-2 in the series but am I worried? Ha, ha. Under my managing directorship, the boys are so ‘aggro’ on the field that they sneer, snarl, pump their fists, and run round and round without a reason to celebrate. I asked the BCCI to get the team some famous ‘war dance’ gro­ups for inspiration before the World Cup.