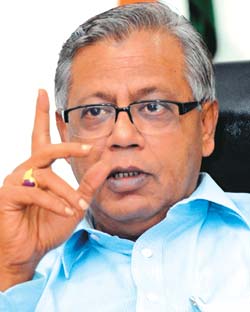 A few years ago, the Maoist desk of the Intelligence Bureau sent out several detailed spiral-bound folders detailing the platoon and company level tactics of the CPI (Maoist) cadres. The literature, disseminated to every Maoist-affected district and all units of the central paramilitary forces, shows a sharp military mind behind the strategy of the Maoists operating in the states of Orissa, Chhattisgarh, Andhra Pradesh, Jharkhand and Maharashtra.

Much like the Chinese Military Regions (MR) which have clear demarcation of military responsibilities, the Maoists too have demarcated their areas of responsibility. Current intelligence on the Maoist political and military high command available with the security forces indicates an elaborate command-and-control structure.

Violence Is Not A Viable Option: Maoist Ideologue Kobad Ghandy