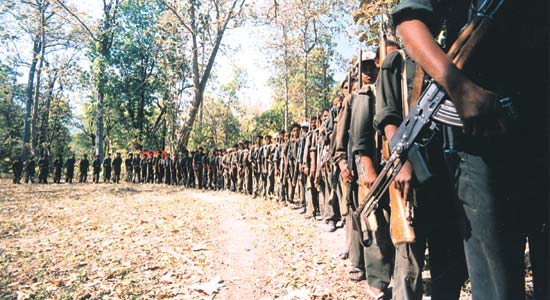 For five years, Prime Minister Manmohan Singh has been describing the Maoists as the single largest threat to India’s security. But it’s only after P. Chidambaram became the Union home minister that the government got down to dealing with how to restore the writ of the state in that swathe of the country known as the Red Corridor.

Clearly, there are no easy solutions. So even as plans to upgrade the anti-Maoist operations are being formulated, the debate within the government on how much force should be used and by whom (there is the fear of collateral damage and its political consequences) remains unresolved. Top government sources told Outlook, for instance, that the home ministry’s “maximalist approach” was “beaten down” at the Cabinet Committee on Security meeting on October 8. “It was made clear to the HM,” they said, “that his plans were too ambitious and would have to be scaled down. The forces required for the operation he had envisaged are not available, given the competing needs in areas like J&K and the Northeast.” The option of using the army is something the government does not want to sound too bullish about. Indeed, on October 12, the PM said in Mumbai that the armed forces would not be used to fight the Maoists.