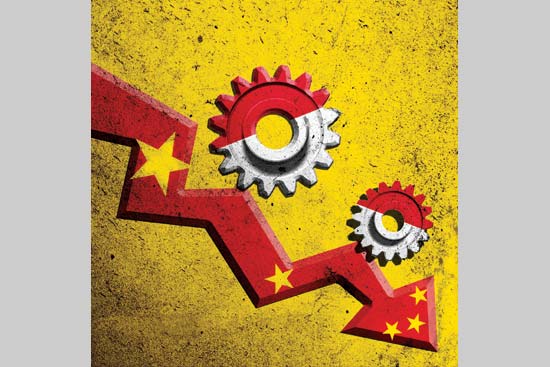 Southeast Asia’s largest economy is stuttering. Growth forecasts for Indonesia, the world’s fourth most populous nation, are being slashed (the World Bank changed its 2015 forecast to 4.7 per cent from 5.2 per cent), manufacturing activity is contracting, crucial infrastructure projects are stuck at the starting line and corruption continues. President Joko Widodo has promised growth of 7 per cent a year by 2018, but there is scant evidence from his first 10 months in office of his ability to realise this aspiration.

Compounding, and in part, causing these woes are several external factors, most of which boil down to the worry de jour of Southeast Asian policymakers: China. The Chinese economy straddles the region like a colossus. China is ASEAN’s largest trading partner; bilateral trade topped $366.5 million in 2014. Until recently, demand from the mainland has been the rising tide that lifted all boats in the region.