Riding, But Not Into The Sunset

The howls asking for Dhoni to retire after a glitch or two are from lone wolves. Coach, captain and the cricketing fraternity are behind him. 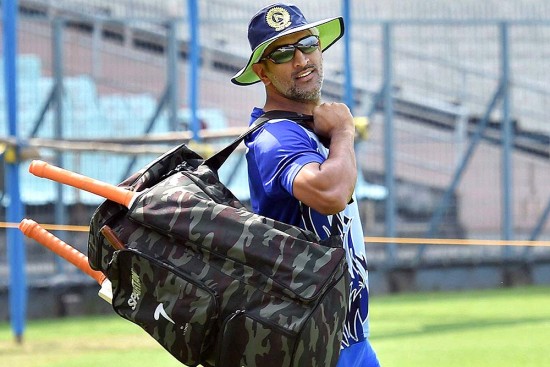 In India, it often takes just one poor outing in an international match for a cricketer to be ruthlessly mauled by the so-called experts and fans; now they’re mercilessly trol­led on social media. Often, former players-turned-commentators make controversial remarks, sparking fierce bipartisan debate.  And if the targeted player—whose single failure is dissected in cold blood—happens to be over 30, or 35-plus, as is the case with the currently ‘under-siege’ Mahendra Singh Dhoni, then it’s a free for all.

At the moment, Dhoni, who has been a dominant force in Indian cricket for 13 years, is being targeted for ‘failing’ to take India to victory in the second T20 against New Zealand in Rajkot. Dhoni batted at No. 6 and joined the chase with India struggling at 67 for four, requiring 130 runs in 11 overs. He scored 49 off 37 balls (2x4s, 3x6s) at a strike rate of 132.43 and was involved in a 56-run partnership with cap­­tain Virat Kohli for the fifth wicket. Even­tua­lly, India lost by 40 runs—they later won the series 2-1—and the blame was dum­ped on Dhoni’s shoulders.