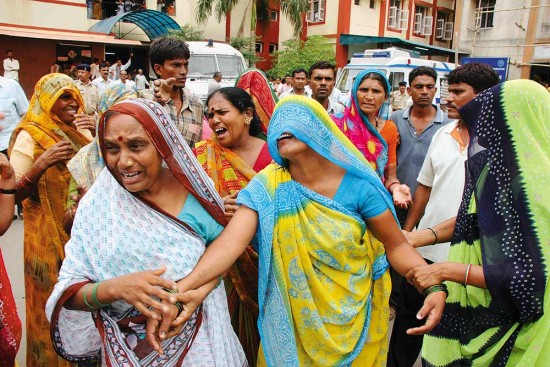 In the wee hours of July 24, daredevil accomplices of a bootlegger scaled the walls of a police station in Gandhinagar and drove away with a van carrying 204 bottles of liquor. The vehicle, abandoned by the driver on being challenged by a police patrol on the national highway, had been seized hours earlier. A month earlier, in Botad on June 24, a liquor-laden SUV turned around and rammed a police jeep that was giving chase. Two policemen were killed, many injured. And in another instance of boot­leg­ger menace, on June 12, Amit Chanderpal, 27, was beaten to death for objecting to the sale of liquor near his house, not far from Sabarmati Ashram. His ang­ui­shed neighbours went on a retaliatory rampage and set the bootleggers’ vehicles on fire.

In honour of the Mahatma, Gujarat has been a dry state since its creation. But to this day, liquor of all kinds, from hooch to the best foreign lab­els, is available, like it always has been. Bootlegging is worth Rs 30,000 crore annually, by conservative estimates. There are huge payoffs to police and politicians. Haftas are at well-defined rates; it’s even decided how much liquor bootleggers will turn in so that police can keep up a pretence of activity by showing seizures in the record books.