‘Sai Baba Was Not A God Or A Saint, He Should Not Be Worshipped’ 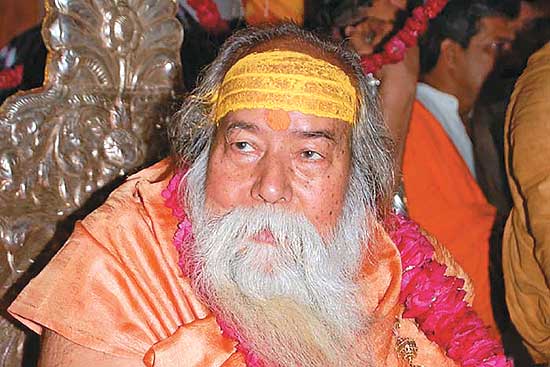 Swami Swaroopanand Saraswati, Shanka­racharya of the Dwaraka Peeth in Gujarat, recently set tempers aflare. He declared that Hindus should not worship Shirdi Sai Baba (1838-1918), a spiritual master whose teachings combined elements of Hinduism and Islam and who to this day has millions of followers from across India and across castes, creeds and religions. The Swami proscribes any image of Sai Baba, who he says is not a guru, saint or god. Sai Baba devotees in Varanasi burnt effigies of the Shankaracharya. In Chhattisgarh, Sai Baba devotees clashed with the Shankaracharya’s followers. The 99-year-old seer is not new to controversy. His Congress leanings are well known. During the general elections, he slapped a TV journalist who asked him about the rise of BJP leader Narendra Modi. When BJP leader Uma Bharati said she was a Sai Baba devotee, the Shankaracharya remarked that “the builder of the Ram temple is a Muslim worshipper”. He is unfazed by the furore. In an interview to Prachi Pinglay-Plumber, he resolutely holds on to his views and says he has the support of all Hindu religious groups. Excerpts:

Worship of Shirdi Sai Baba is more than a 100 years old. Why bring this up now?