To the PDP, ‘permanent solution’ means dialogue and the opposite to its ally, the BJP 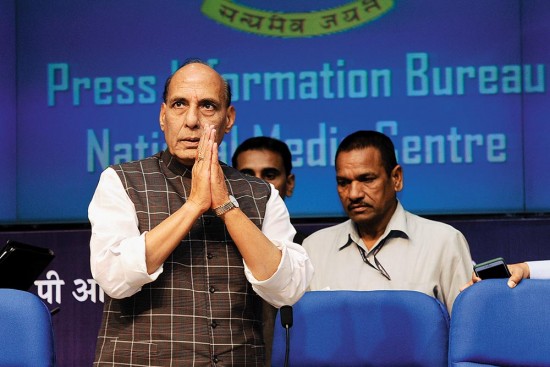 In Union home minister Rajnath Singh’s talk of a “permanent solution for Kashmir”, the BJP’s ally in Jammu and Kashmir, the People’s Democratic Party (PDP), hears an intent to finally implement the “Agenda of Alliance” (AoA) the two parties had signed before forming the coalition government in the state. But, while the AoA—a “holy” document to the PDP, more important than the 1952 ­Delhi agreement between the then J&K prime minister Sheikh Abd­ullah and Indian PM Jawaharlal ­Nehru—envisages setting the stage for reconciliation through dialogue with all stakeholders, including the pro-­independence Hurriyat Conference as well as Pakistan, Rajnath’s “permanent solution” pitch was soon followed by raids on Kashmiri traders and separatist leaders by the National Investigation Agency (NIA) on June 4 and 5.

A few days earlier, on May 31, PDP vice-president Sartaj Madani, who is also CM Mehbooba Mufti’s uncle, had said, “The PDP allied with the BJP out of a sincere desire to see J&K wriggle out of agonising instability. So Rajnath Singh’s statement that the government is making efforts to resolve the Kashmir issue at the earliest is significant. The PDP’s objective will be accomplished if this happens sooner rather than later.”