Sense Of A Riot

Close to elections, a ‘made to order’ riot becomes material for political gamesmanship 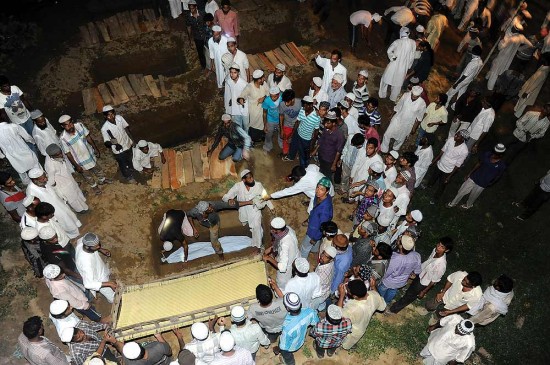 It’s difficult to miss the giant hoarding of Mulayam Singh Yadav as you leave NH-58 to turn left towards Muzaffarnagar. The Samajwadi Party leader lords over the road, deserted at present because of the curfew in its riot-hit parts. His commanding presence is in sharp contrast to a blatant abdication from the state government run by his party. In religious violence the past week between Jats and Muslims that took 38 lives in less than 36 hours, it failed to control things at all initially—some would argue deliberately. As the city nears, the fear, anger and insecurity are palpable. It’s writ large on every face that peers out of narrow street corners, windows, rooftops. This western UP district HQ, normally a sic­kly-sweet sugarcane sink, is still a live bomb.