The states of the nation: news, headlines, gossip, rumours, things we learnt 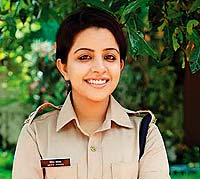 Even our PM does it all the time, but somehow when a lady cop does so, it isn’t OK? Kerala ACP Merin Joseph’s selfie with leading Moll­ywood actor Nivin Pauly has led to a storm. The image, taken at a function to felicitate students in Kochi, went viral on FB, with the media charging her of ‘violating protocol’ as she was in uniform. She hit back, blaming journos for “cheap sensationalising”. “I was a guest...had no official duties,” she wrote.