Shades Of The Old Punjab

Across rural Punjab, Sikhs and Hindus are helping restore mosques destroyed during Partition 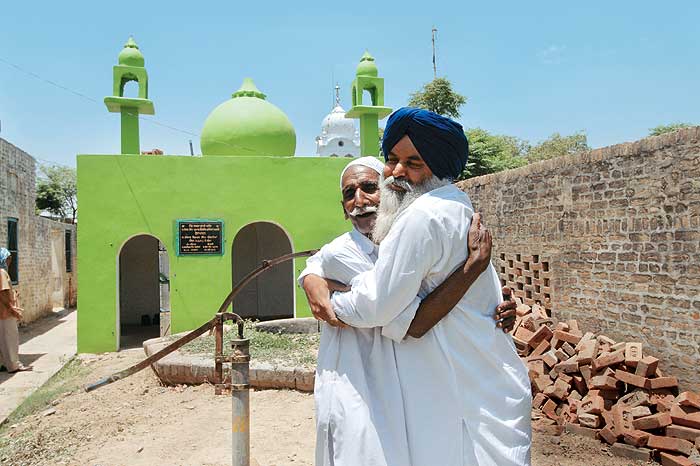 The Ghuman family of Sarwarpur, near Ludhiana, cannot understand what the fuss is about. Ever since Sajjan Singh Ghuman, an NRI Sikh living in England, rebuilt a mosque in his native village that was damaged during Partition, the shrine, as well as his family back home, have attracted the curiosity of  outsiders. “We never imagined we would be on a Punjabi TV channel just because my elder brother rebuilt this small mosque for the poor Muslim families of our village. For him, it was just a gesture towards restoring the collective heritage of our village,” says Sajjan’s brother, Joga Singh, who manages the family’s lands in Sarwarpur. Sure. But what Joga and his family, or even  the TV channel, do not know is that the sentiment that inspired his brother’s act is being manifested in scores of villages across Punjab, with Sikhs and Hindus joining hands to either rebuild old and damaged mosques or build new ones. Odd? Perhaps. But Punjab, as admirers of its unique religious synthesis say, has always defied stereotypes to do its own thing.