Fret, frown, forget. A formula for untruth and reconciliation. 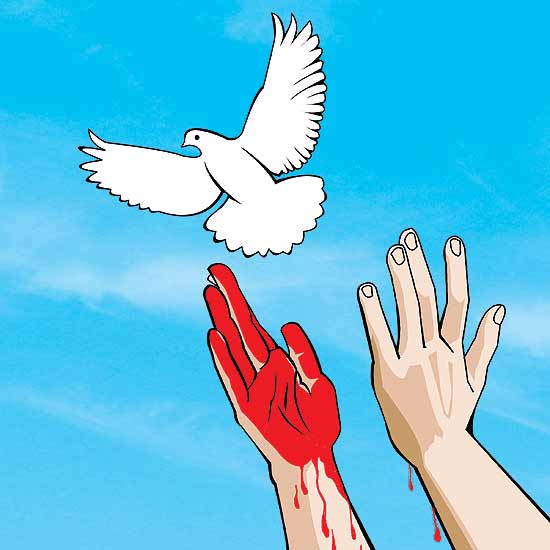 How do you efface memories of the fact that at least 40,000 civilians (Tamils) were killed in the final phase of a genocidal war in Sri Lanka, the majority of them by the Sri Lankan army’s shelling of hospitals and “safe zones”? How do you move on when 3,00,000 Sri Lankan Tamils were internally displaced—and continue to be treated as suspects by a chauvinist Sinhala regime? You encourage tourism, pilgrimages, music and dance performances, literary festivals, football friendlies and, of course, cricket tournaments. Once these vital signs of normality are in place, you look the other way as Sri Lankan Air Force personnel train at the Indian Air Force station in Tambaram, near Chennai, or are shifted out of the state when Tamil Nadu’s politicians file their obligatory grumbling.

What’s unfolded in TN in the past week is a vulgar charade of competitive righteousness on the part of all players, including the media. So when the Sri Lankan government sends handpicked, vetted tourists—mostly Sinhalese Christians, but a handful of Tamils too—to visit the Velankanni church in TN, it paints itself as a mature state honouring the sentiments of its minority population. Earlier this August, the governments of both nations got Carnatic musicians T.M. Krishna and Unnikrishnan, and Bharatanatyam dancer Alarmel Valli to perform at a three-day festival held in Jaffna’s Nallur Kandaswamy temple, marketed as the first such event in 30 years. Lost a limb to a bomb? Ayyo! Here, Kannamma, this Subramanya Bharathi song will be a balm! The media’s abetment in this manufacture of normality has been crucial. So The Hindu—ever-eager and Rajapaksa-doting—obliged with a slew of reports that certified this festival as a sure sign that the region was ‘limping back to normalcy’. Neither Krishna, Valli nor The Hindu may have cared to notice the 28 new Buddha statues that have sprung along the A9 Highway that leads to Jaffna, especially near Vavuniya, a Tamil area where hardly any Buddhists live. After all, The Hindu’s former editor N. Ram had said within two weeks of the end of the war: “Justice has not been done to Mahinda Rajapaksa’s government for its astonishing feat of rescuing by military means close to 275,000 civilians.” And later, a Sri Lankan minister picked up on the perverse cue and described the war as “one of the greatest humanitarian operations in modern times”.