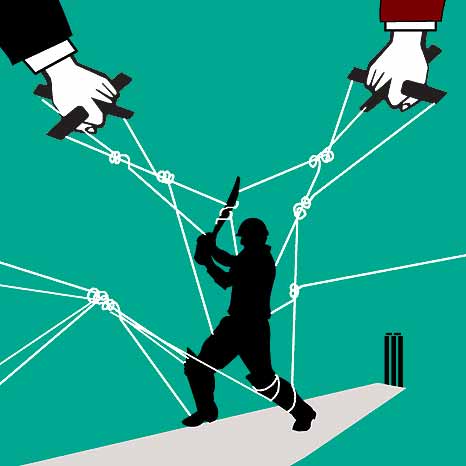 I find all this fuss about the IPL scandal simply astounding. Why are we behaving as if we’ve never heard of corruption in Indian economics or politics? Can anyone recall a single politician or business house that doesn’t have a major scandal behind it? Or is it just that we didn’t expect this in a gentleman’s game like cricket? But it’s been over a decade now since cricket scandals began to surface, so why the fuss? I suspect this may have more to do with the opposition’s thankless search for a platform to mobilise people against the current regime, coupled with a competitive media’s increasingly desperate search for stories and scams than with any genuine public outrage. As a scam, it doesn’t look like much in a country where Chaudhari Devi Lal once told a journalist who quizzed him about appointing his own son as a minister: “Do you expect me to appoint Bansi Lal’s son?”

The hostility to Shashi Tharoor came from a different source. Neither the Congress nor the opposition was ever comfortable with him, and they made no secret of it. Tharoor is one of those people who doesn’t conform to the two cardinal principles of Indian political life, and thereby is doomed to be a perfect target. The first rule he broke is a psychological one: people in political life have to pretend to be less smart than they actually are. That’s the only way to disarm your rivals, both within your own party and outside. And that’s why some of the finest and most brilliant minds in politics—P.V. Narasimha Rao and Jagjivan Ram, for example—deliberately projected a fake mediocrity. It allowed them sometimes to get away with murder. The second rule Tharoor flouted is a political one: always involve prospective critics in your venture. That is the Indian definition of true entrepreneurship. It was foolhardy to have underrated the possibilities of trouble from the BJP and NCP, particularly when their interest in cricket is well known.