Plunging into the debate on M.S. Dhoni’s future and his inclusion in the Indian team for the 2019 World Cup 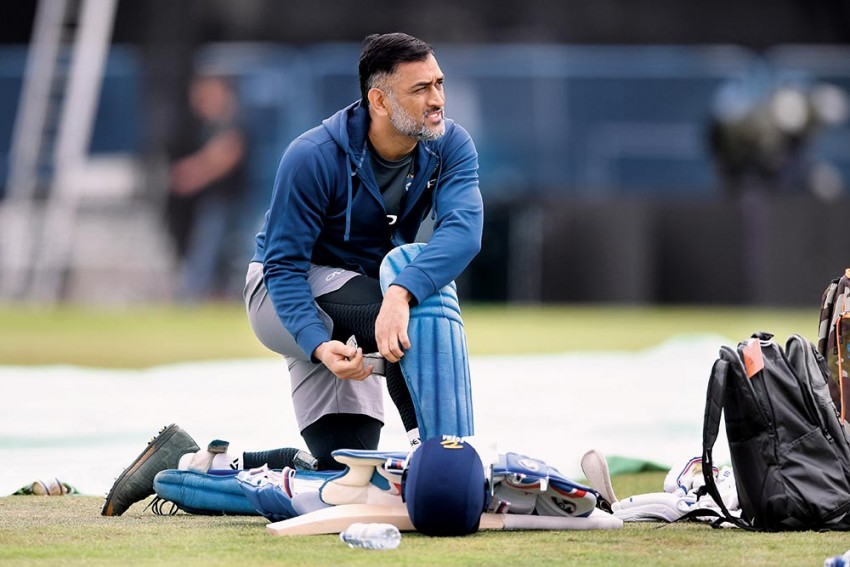 Cool Enough
Has MSD got it in him to excel at the World Cup?
Photograph by Getty Images
Qaiser Mohammad Ali November 14, 2018 00:00 IST Should He Or Shouldn't He? Raging Debate On Dhoni's Inclusion In 2019 World Cup 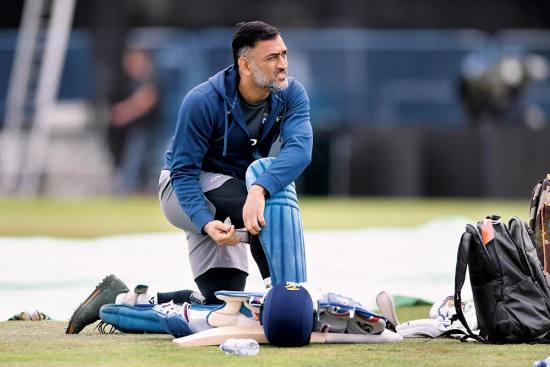 In an old, popular TV commercial, Mahendra Singh Dhoni declares: “I believe that it’s not the runs, but how you run the game that wins it.” It could well be India’s most consummate match-winner’s reply to his current critics who, in the light of his waning skills, are questioning his place in the Indian team in the shorter formats.

Having retired from Tests earlier, last month Dhoni was ‘dropped’ for the last three T20 Internationals against West Indies and the upc­oming T20 series in Australia. Dinesh Karthik and Rishabh Pant were selected in both squads. The decision of the M.S.K. Prasad-headed selection was not just surprising, but created confusion in the absence of clarity on the Dhoni question. Many people are not sure if Dhoni was indeed ‘dropped’ or ‘rested’.

The issue is this: Does Dhoni still command a place in the national ODI and T20 teams, and does he deserve to play the 2019 World Cup, something that he desires, at the cost of a nimbler wicketkeeper and an in-form lower-middle- order bat? There are votaries for and against the motion in this raging debate. Yet, Dhoni’s critics are not challenging him openly. Their whispered charges are familiar by now—his batting is not the force it used to be; he is slow to get off the mark, consuming more balls and is not the ruthless finisher he was. But even they sheepishly concede that behind the stumps, the 37-year-old is still lightning quick.

The point in question is the wicketkeeper’s slot for next year’s World Cup in England, and not the 13 bilateral ODIs India will play, starting with the Australia tour, before it. Is it justified to discuss Dhoni’s future now, when the team selection for the World Cup is still months away? Would it not distract the team from the upcoming tour of Australia?

Sandeep Patil, who as a former chairman of the selection committee worked closely with captain Dhoni, is unequivocal: “Dhoni has to be there for the World Cup if he is fit. Underline the ‘if’…. I’m keeping my fingers crossed that he sees India through the World Cup and brings back the trophy.” Former captain Mohammed Azharuddin is on the same page. “I would definitely select Dhoni for the World Cup. I think he will play the World Cup, 100 per cent, because if he were not to, then something would have happened by now,” Azharuddin tells Outlook.

The IPL will be played just before the World Cup starts on May 30. Dhoni himself could settle the issue emphatically by replicating his old, fiery batsmanship in it.

Dhoni’s World Cup fate is crucially linked to the members of the selection committee. Since the BCCI elections will probably be held in a couple of months, it’s possible that a brand new committee would be installed. Also, Dhoni will need unstinted support from captain Kohli, who banks heavily on his senior’s wealth of experience (332 ODIs, 90 Tests and 93 T20s) for onfield strategy.

Dhoni’s WC fate depends on the men in the selection panel. A new panel may be in place after the BCCI polls. Kohli’s backing is crucial too.

Former India all-rounder Madan Lal, too, weighs in for Dhoni as the most experienced player around. “A batsman’s form can return anytime. If they wanted to drop him they should have done that for the tour of England. Now it is too late. India needs him at No. 5 in the World Cup; No. 7 will be too low down the order,” he says. Chanchal Bhattacharya, Dhoni’s childhood coach, says his famous pupil would be an apt choice a little higher up the order. “He can prove his worth at No. 4. He is known as the best finisher, but no one can play shots from the first ball,” he says.

Notwithstanding the millions worrying about his future, Dhoni will have to maintain his fitness and form to remain in contention for the World Cup. Currently, he looks the best wicketkeeper around. Against the West Indies, he showed his skill has not frayed one bit. In the third ODI in Pune last month—a day after he was ‘dropped’ from the T20 series against the Windies and for the Aussie tour—he brought off a stunning catch to dismiss Chandrapaul Hemraj off Jasprit Bumrah. He ran several yards towards the top-edged ball, then dived full length to complete the catch. The video has 1,51,780  views on the BCCI website so far. It reminds one of Kapil Dev’s seminal, match-winning catch that dismissed Vivian Richards off the tidy medium pace of Madan Lal in the 1983 World Cup final.

Then, in the fourth ODI in Mumbai, Dhoni stumped Keemo Paul off Ravindra Jadeja’s bowling in a fraction of a flash—in 0.08 seconds, to be precise—that left even someone like Sunil Gavaskar agape. Then there was the brilliant diving catch of left-handed Sri Lanka captain Thisara Perera during an ODI in December 2017 in Mohali. Thus, no one contests Dhoni’s pre-eminence with the keeping gloves on.

It is, however, when he puts those batting gloves on that critics, rather unjustifiably, one must add, start talking. What they conveniently don’t mention is the number of times Dhoni hasn’t got the chance to bat in recent ODIs. In the past 21 matches he has played since December, Dhoni didn’t get to bat eight times. If he had batted in all matches, maybe he would have silenced all with knocks that closed out matches. Yet, it is true that his last half-century came in December, after which he has batted 14 times. Here one has to take into account the circumstances in which he came out to bat.

The Ranchi-based Bhattacharya says the signals emanating from the selectors and Kohli are confusing. “I didn’t understand what M.S.K. Prasad said about Dhoni while announcing the Indian T20 squads [on October 26]. I’m not commenting on selectors’ decisions, but he seems to have contradicted himself recently. He should stick to his decisions; there should be no ‘ifs’ and ‘buts’ here,” he emphasises.

After announcing the teams, Prasad said in Pune: “The T20Is here [vs West Indies in India] and in Australia, he is not going to play, because we are also looking at a second wicketkeeper. That will be between Rishabh and Karthik. So, they will be getting a chance to keep and bat.”

Later, Kohli said he was not at the meeting in which the Dhoni decision was taken. “He’s still a very integral part of this team. He [Prasad] just feels that in the T20 format, someone like Rishabh can get more chances. He [Dhoni], anyway, plays the ODIs for us regularly. So...he’s only trying to help youngsters; nothing that other people are thinking. I, as captain, can certainly assure you of that,” Kohli said on November 2.

The Dhoni question is likely to hang fire until the squad for the World Cup is announced. But before that he can shut his case with some rapid, match-winning knocks in the ODIs leading up to the team selection. And not just his indispensability vis-à-vis DRS reviews, he seems to be a genuine shaper of a match’s outcome when we see Kohli consult him in crunch situations. Finally, it’s very tough for bowling att­acks to ground that helicopter when it is airborne. 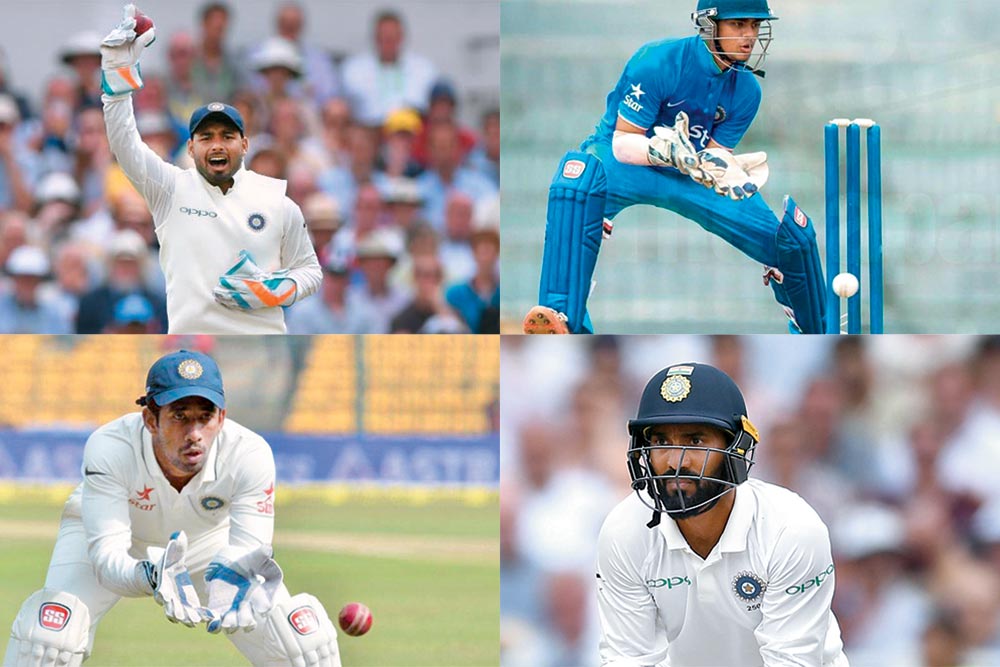 Gloves That Vie For The Sharp Catches

The Gavel Holds Up Democracy