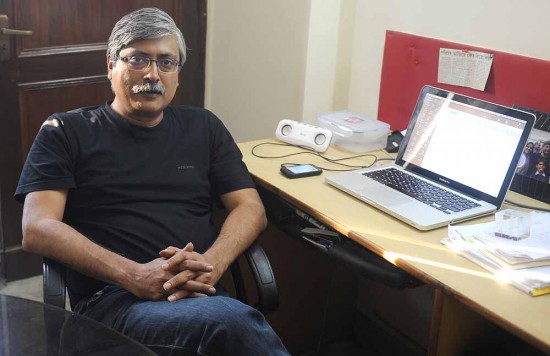 Boris Becker won his second Wimbledon at the age of eighteen. Hitler was being rejected by the Academy of Fine Arts in Vienna, due to ‘unfitness for painting’. It was a poor decision. Indira Gandhi was living without a fan in Shantiniketan, and washing her own clothes. Michael Jackson was still black. Asaram Bapu was selling tea. Emperor Akbar had already ruled a much larger India for five  years. Sushmita Sen was crowned Miss Universe. India was fighting Pakistan again. Rahul Gandhi was studying. Citizen Bonaparte was second lieutenant in an artillery regiment. Alexander the Great insulted his newly married father and ran away from Macedon, escaping death at the royal feast only because his father was too drunk to reach him. Munshi Premchand was in Benaras, coaching an advocate’s son for five rupees a month, and sending three rupees home. Mother Teresa left home also, and joined the Sisters of Loreto. She never saw her mother or her sister again. Charles Darwin was studying marine invertebrates in the cold waters of a Scottish lake. Brad Pitt was a member of the swim team at Kickapoo High School. Bill Gates was scoring 1590 out of 1600 on his SAT. Chetan Bhagat was taking notes at IIT. Saadat Hasan Manto had failed, once again, to matriculate. Margaret Thatcher was appointed head girl for the first time. Vinod Mehta was still a Lucknow Boy. Narendra Modi was wandering the Himalayas. Lord Mountbatten was serving on the battleship HMS Queen Elizabeth, which he did not sink. Bhagat Singh had already spent three years as a member of the Young Revolutionary Movement. J.D. Salinger was studying the meat market in Austria. Srinivasa Ramanujan was living in extreme poverty and failing in everything except maths. Dhirubhai Ambani was working as a gas station attendant in Yemen, and saving every penny.

Congratulations on turning eighteen, Outlook. Use your time well, and don’t drink too much.