The nomination process for Bengal’s panchayat polls was smeared in blood. Within the HC’s relief to the opposition was the neatest of lobs—filing papers through WhatsApp. 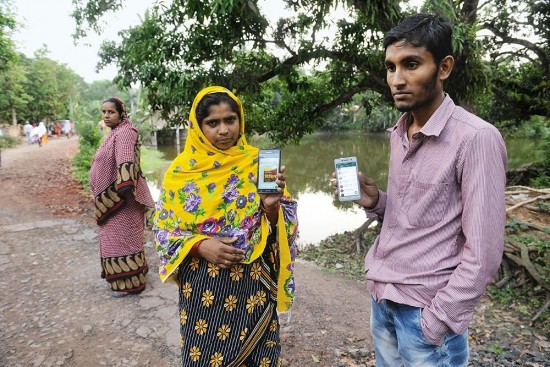 A few days ago, she could hardly use a cellphone, far less send text messages. Yet Jahanara Bibi, a 23-year-old farmer’s daughter from a remote village in Bhangar, in West Bengal’s South 24 Parganas district, who is contesting the upcoming panchayat elections in the state, was forced to use WhatsApp to file her nomination papers. “Earlier, I had no idea about this function,” she tells Outlook at her home beside a pond, along a mango grove. “But thank heavens for it.” The technology saved her life, literally.

When the pre-monsoon April Nor’westers lash Bhangar, the administrative neglect of this backward region is at its crudest. The first to be adversely impacted is road conne­ctivity. The well-travelled roads to Bhangar are riddled with potholes, their asphalt cover stripped away in large chunks and ‘maintenance’ is a foreign word. It’s a hazard to even walk on them. So, when early April was declared to be the deadline for filing of nominations for the panchayat polls—with elections itself set for the first week of May—aspiring contestants girded their loins before the daunting task of having to make their way across the “impossible terrain” to the offices of the block development officer.