Madhya Pradesh, Rajasthan and Chha­ttisgarh together account for nearly half the number of primary health centres running without doctors in the country. The three poll-bound states have a medical emergency of a different kind. 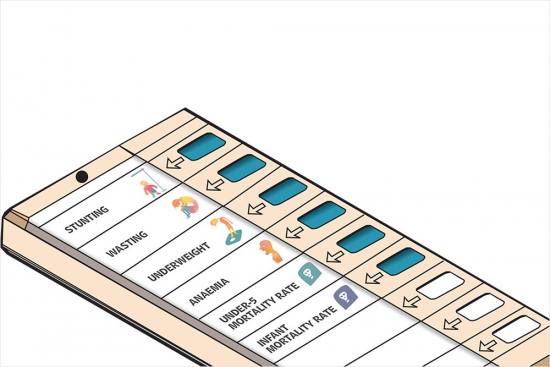 Numbers, they say, only tell half the story. But some statistics are staggering by themselves. Consider this: Madhya Pradesh, Rajasthan and Chha­ttisgarh together account for nearly half the number of primary health centres running without doctors in the country. The big picture is this: the three poll-bound states have a medical emergency of a different kind. They need doctors to attend to the immediate healthcare needs of millions of people. While healthcare—or the lack of it—is not considered a major issue to influence voting trends, primary healthcare in these states offer a dismal picture even going by India’s stymied public healthcare facilities.

While the urban population in these states have the luxury of flocking to private clinics and chambers, people in rural areas have to rely on public healthcare. And the first point of contact is generally the primary health centre (PHC). Besides taking care of immediate medical needs, proper functioning of PHCs also have a bearing on some major indicators—infant mortality rate (IMR), wasting and stunting of children; anaemia, maternal morbidity ratio (MMR) and fertility rate in women. Compared to Kerala, considered one among the best performing states in the healthcare sector, Chhattisgarh, MP and Rajasthan have failed to achieve much in children’s health indicators over a ten-year period. (See graphic)